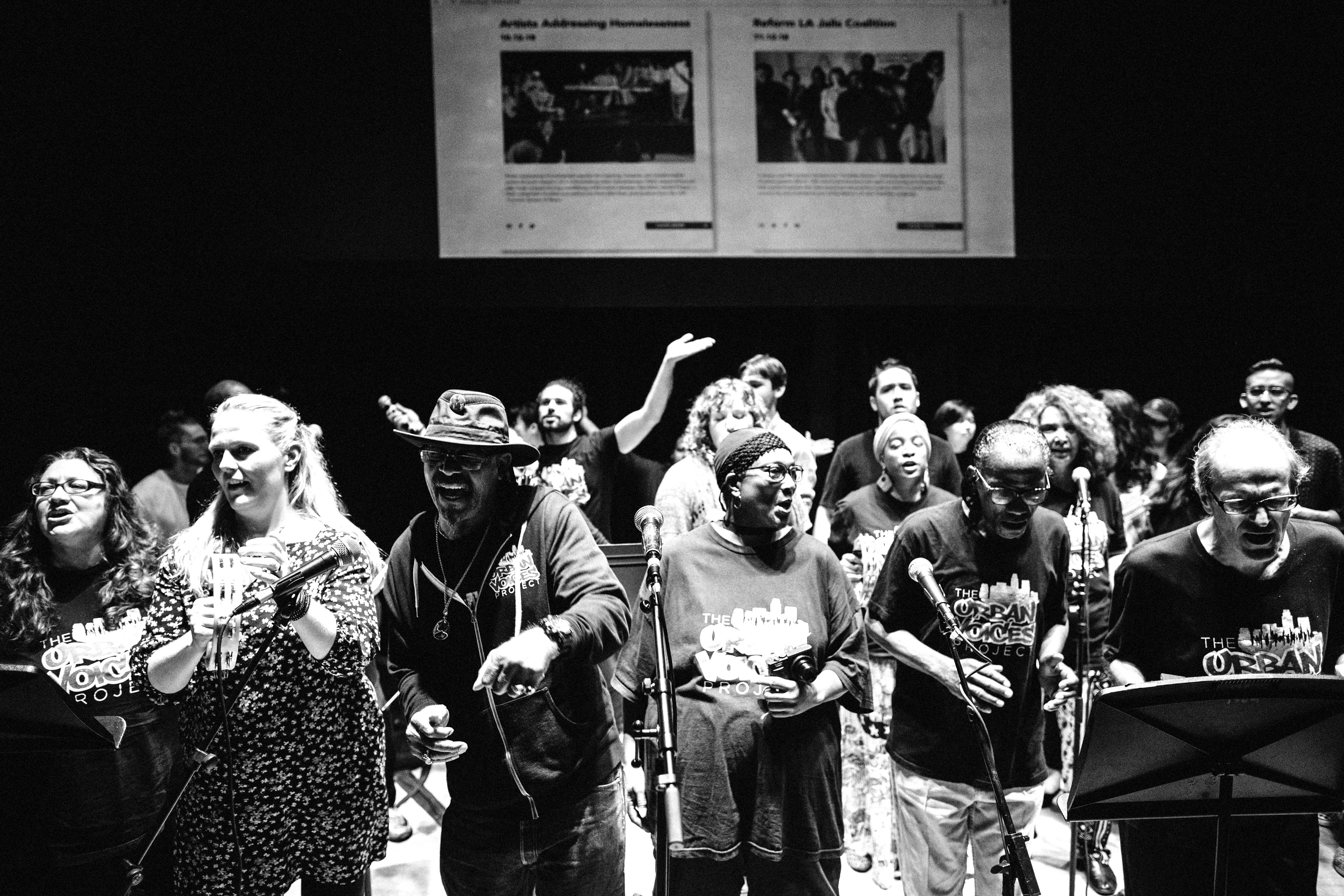 From October to November 2018, Arts in Action’s inaugural project brought together music and design students from USC and a choir from Skid Row for a unique collaboration that applied the transformative power of the arts to L.A.’s most pressing crisis: Homelessness.

Using, for the first time in L.A., a successful model developed by London’s Messengers band, ten members of the Urban Voices Project who have been affected by homelessness collaborated with nine students from the Thornton School of Music on new work.

Working together intensively for one week, campus rehearsals were supplemented with Skid Row workshops at LA Community Action Network and the John Wesley Community Health Center, leading to performances at USC and the Skid Row History Museum & Archive.

In addition, using the musical ensemble’s lyrical theme of “shade” as a starting point, students from the Roski School of Art and Design worked with the LA Poverty Department to produce shade structures for the annual Festival for All Skid Row Artists. After the event, the pieces were donated to the community for future use.