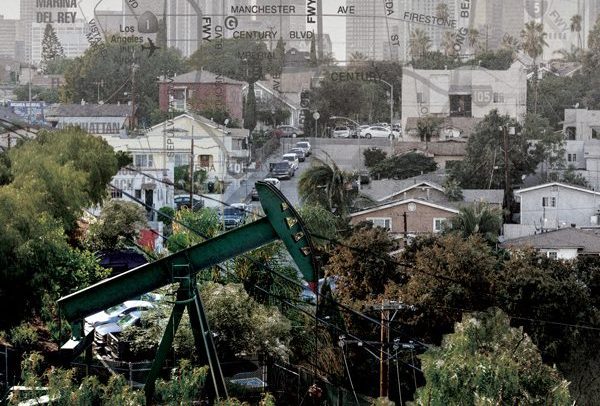 Sacrifice Zone: Los Angeles (SZ:LA) is a collaboration between a USC team of artists and scientists working with local community activists to uplift an often neglected aspect of social justice and climate change activism—environmental justice. This transmedia project takes on climate change from the important point of view of ‘sacrifice zones’—the places in our city that have been devastated by ongoing problems such as oil drilling and industrial toxins.

SZ:LA asks: How can we stop the effects of climate change at the local level? Who is most at risk from environmental devastation—in terms of health, housing, and economics? How are any of us safe from environmental harm if we allow communities within our midst to become wastelands?  SZ:LA is a process-oriented project that employs documentary techniques to explore how grassroots communities in Southeast Los Angeles are advocating for protections from the health risks brought on by ongoing exposure to industrial pollution.

The USC team, consisting of students and faculty from the arts and sciences, are collaborating with members of the People Not Pozos campaign to create live theatre, film, and interactive media elements; these disparate pieces will be presented across multiple platforms with an ultimate goal of creating both a live performance and an online, interactive, narrative experience allowing for continued access and activism.