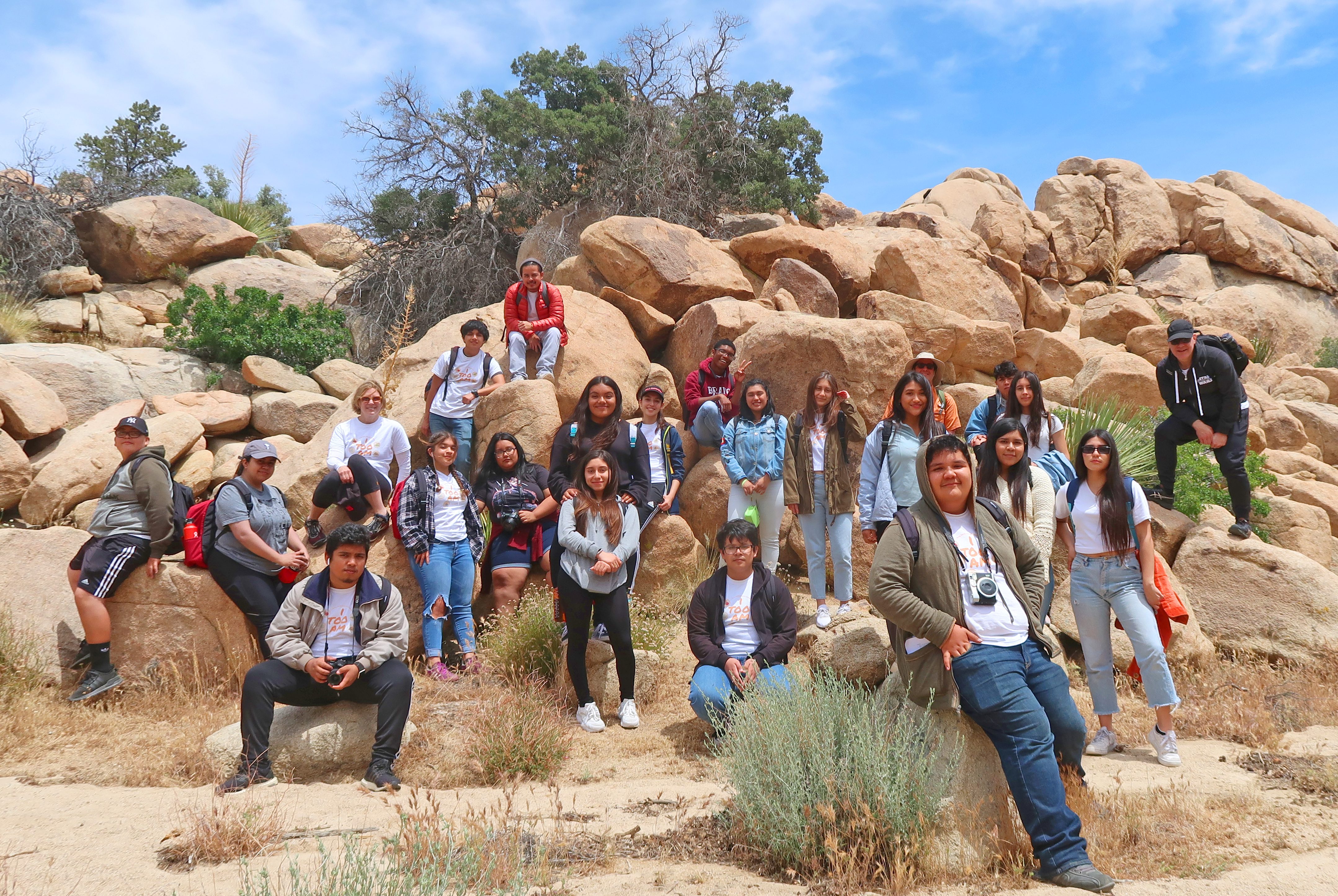 Driving down Highway 62 on the way to Joshua Tree National Park, Francisco, one of the 20 high school students on the bus, noticed something different about the landscape. If he ever moved here, he told the group, he’d open up his own roadside taco stand, like the ones near his home in South Los Angeles. That way, he’d give people a taste of where he’s from.

During spring and early summer of this year, students from Bravo Medical Magnet High School near East Los Angeles and the Communication and Technology School in South Los Angeles took part in the “I Too Am: Teens, Media Arts, & Belonging” project. Alison Trope, clinical professor of communication and DJ Johnson, associate professor of practice from USC Cinema’s Media Arts + Practice Division, along with communication PhD student Olivia Gonzalez, designed the project, naming it after the iconic poem by Langston Hughes, “I, Too.” They hoped to use the poem as a way for students to contemplate questions of belonging and displacement in relation to their own identities.

With seed funds from RAP (Race, Arts, & Placemaking) and a grant from the USC Provost’s Arts and Action Initiative, “I Too Am” extends the work of Critical Media Project (CMP) — an interactive digital platform designed to teach media literacy and develop cultural competencies. “Through Critical Media Project, youth explore various categories of identity and their intersections through media representations,” Trope said. “For ‘I Too Am’ we took those themes and applied them to the concept of place. How does place shape who you are? Not only where you’re from, but the places you visit — how does that influence who you can be and how you see yourself in the world?”

In addition to Joshua Tree, the students visited and learned about the history of several other iconic locations, including The Grove and Farmers Market, Will Rogers State Park and Manhattan Beach.  The trips were designed to give youth the chance to learn critical and creative tools to think about the breadth of the city and its surrounding environs and share stories about their identity. Throughout each trip students had the chance to reflect on where they visited and address the question: “What is my story?” as it relates to place and identity. During the 40-minute drive to Will Rogers State Park, as the bus merged onto Sunset Boulevard and wound its way through Pacific Palisades, one student asked, “Is this the same Sunset that goes through our neighborhood?”

“This was about exploration, re-discovery, and creative practice,” Gonzalez, who is in her third year of the doctoral program, said. “Some of us were seeing these spaces for the first time. Some were seeing them in new ways. And all were encouraged to negotiate their relationship through creative practice — crafting things in a variety of mediums. Students constructed paper houses, took photographs and captured the sounds of the places they visited. They interviewed one another and people whom they met on the trips. They made videos, wrote poems and even built sandcastles.”