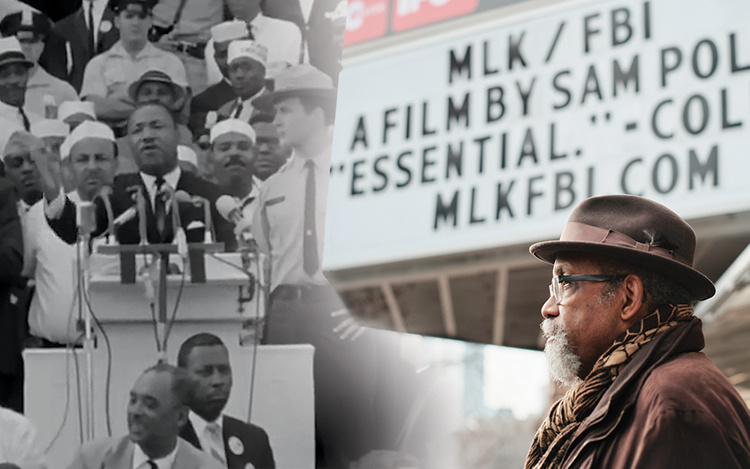 In celebration of the birthday of Dr. Martin Luther King, Jr., we are excited to present a special screening of the illuminating documentary MLK/FBI, followed by a conversation with Sam Pollard, its Emmy-winning and Oscar-nominated director who was deemed one of “cinema’s most dedicated chroniclers of the Black experience in America” by Film at Lincoln Center in 2021.

Released in 2020, MLK/FBI is the first film to uncover the extent of the FBI’s surveillance and harassment of the civil rights leader. Based on newly discovered and declassified files, utilizing a trove of documents obtained through the Freedom of Information Act and unsealed by the National Archives, as well as revelatory restored footage, the documentary explores the government’s history of targeting Black activists, and the contested meaning behind some of America’s most cherished ideals. Featuring interviews with key cultural figures including former FBI director James Comey, MLK/FBI tells this astonishing and tragic story with searing relevance to our current moment.

The event will be introduced by USC President Carol L. Folt. Following the screening, USC Annenberg professor and award-winning journalist Miki Turner will join Sam Pollard for a conversation about making the film, its impact, and the legacy of Dr. Martin Luther King, Jr.